The MYSTICS have withstood the test of time & continue to bring to their  music to their fans ...To be part of the audience is an experience within itself ... a trip down memory lane for all ages! ...Let us go back in time to 1959. The key words here are doo-wop and harmony – light, simple & ever so beautiful. It was the late 50’s & the words were heard on the airwaves and fans sung along “Hushabye, hushabye – oh my darling don't you cry, Guardian angel from above – take care of the one I love”.

The sound of “The  MYSTICS ” still harbor the soft breezes of harmony perfection & the audience’s embrace &  applause continue to shine a glow and as “The  MYSTICS” continue in their quest of keeping the sounds of harmony doo-wop alive in our hearts!

To see the  MYSTICS on stage is Possible

To forget the  MYSTICS,  IMPOSSIBLE!!!

The magic of  the MYSTICS   on stage…

Audiences are falling in love with The MYSTICS all over again and you won’t have to look far to find out why. The excitement of their live show, the tight harmonies that Brian Wilson of Beach Boys heralded as a major influence on his own group’s sound, the songs you remember – the soundtrack of our lives. The MYSTICS breathe new life into rock and roll classics and audiences can’t get enough. The MYSTICS’ legacy stretches back decades to the dawn of rock & roll but their future has never been brighter.


What is The "MYSTICS  Magic"?

Laurie Records were the first to recognize that magical sound when they signed the group to their first recording contract in 1959.  The MYSTICS were not only recording stars in their own right, but they were asked to sing on Laurie's  recordings of almost all of their  solo artists.

The American public heard it when they bought "HUSHABYE" in staggering numbers, driving it up the charts where it stayed for almost 6 months !

Dick Clark heard it when he asked The MYSTICS to appear on American Bandstand...not once but twice!

Alan Freed heard it when he asked the group to appear as one of the headliners on his final tour concert,  had them appear on his Fox Gala Christmas show and numerous appearances on his TV show.  Freed loved The MYSTICS'  sound so much he even started using "HUSHABYE" as the closing theme of his  TV show on a regular basis.

Jay Traynor heard it when he was asked to join The MYSTICS  and do leads on 3 of their songs.

Paul Simon heard it when he teamed up with The MYSTICS for 2 recordings.

Connie Francis heard it when she asked The MYSTICS to sing with her on  her recording "Tommy".

Brian Wilson and The Beach Boys were inspired by it, naming The MYSTICS as a major influence on their harmony and recording "HUSHAYE" - twice.

Jay & The Americans were inspired by it and also recorded "HUSHABYE" also twice. 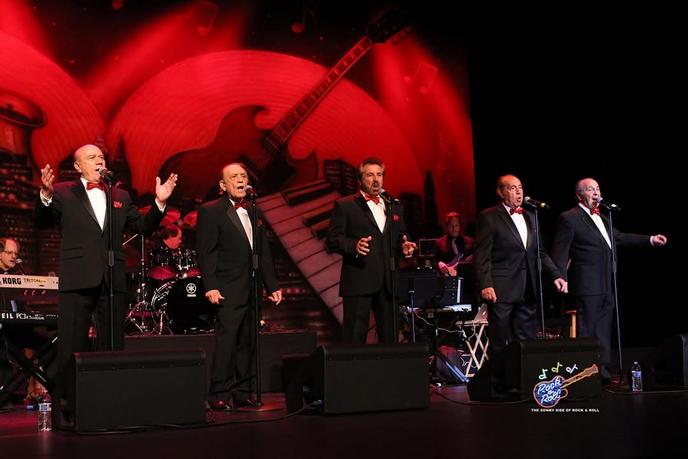 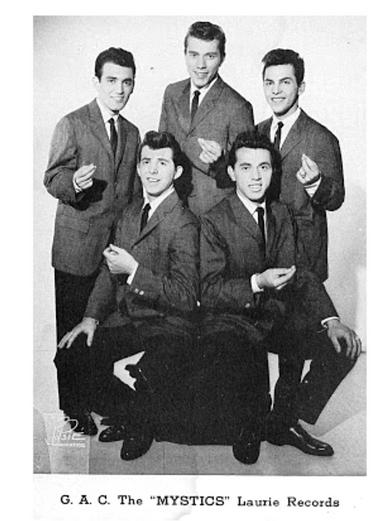 The TRUE Story of The Mystics!

Never Been Told Before! 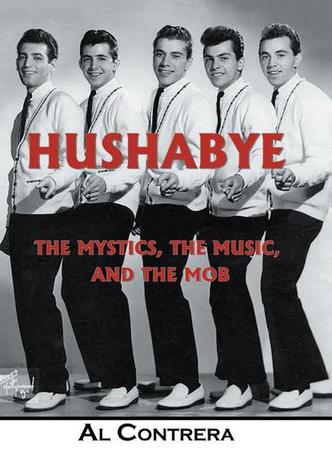 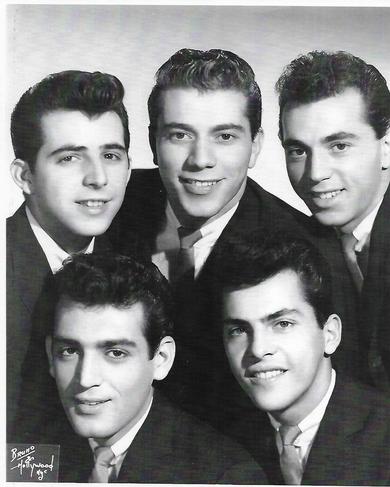 The 5 Original Mystics making a Special Reunion appearance last March on a Pop Rock n Doo Wopp Concert..They still have the sweet harmonies after all these years and looking good too!. One of the very Few Original groups from the 50's/60's who have ALL their members!. 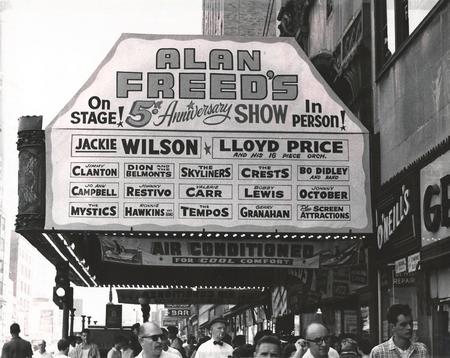 Sonny Maxon..Thank you for the Great Picture! 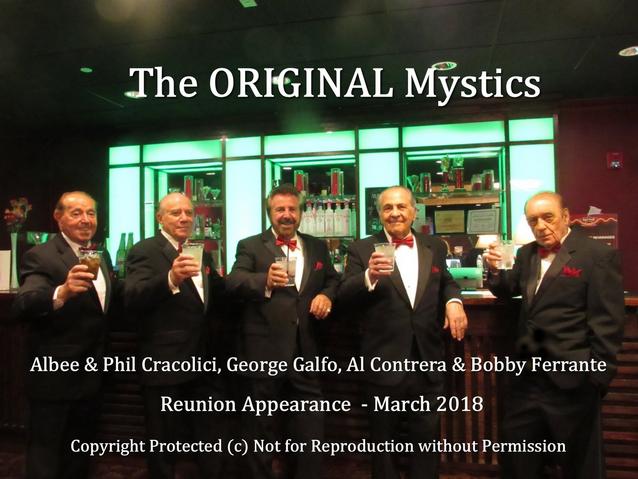 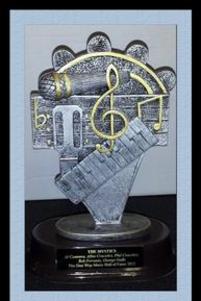 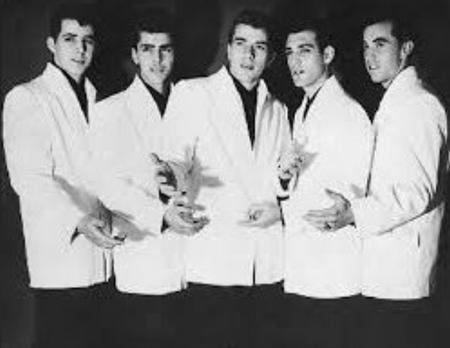